About the proverbial "other" 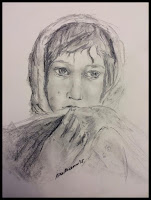 C’mon, think hard. Think back to that moment in your life when you felt like an outsider. Yes... remember that metallic taste in your mouth? No?

Well, let me try a few examples to refresh your memory.

Yes, I know. It hurts to remember, doesn't it? I guess, if we all dig deep enough, at one point or another, we have all been in that dark place of being "the other."

Hopefully, for all of you that dark place and time were brief and nearly impossible to recall. But if you are truly honest with yourself, has it left a mark? And, if it did, for what purpose?

Being the “other” means that you don't ever belong, and a sense of belonging is one of the most critical conditions for a fulfilling life (smart research tells us). Being the "other" means knowing that if you are on your best behavior you have a hope of being tolerated... and, if you don't conform, you could enter a real danger zone of various extremes and varieties.


When I was a little girl I was "the other" because I was the only Jewish girl in my class and one of two Jewish kids in my school, and a hated minority in my country of birth. Later in life I was the other because I am "a Russian immigrant." Later still I was the "other" while trying “to find my religion” in a Brooklyn reform temple; then - because I have an accent in English and in Russian (my native language), then as the only woman on a business trip... And so on...

But at some point, probably over a course of many years, I have embraced my "otherness" AND, this is most critical, I realized that there are many of us. And together - we are ONE. Remember? “…One nation under god indivisible with liberty and justice for all.” I am different just like you are different and that makes us the same. I own it now. The "otherness" in me has transformed itself into "oneness" with all of YOU. I carry it – this spirit – as a unique badge of honor and a source of pride.

What helped me get there, you ask? I am convinced that it was the spirit of America built by those who were the "others" someplace else, who came here to build a better life, to create a world where they could belong.

So what's my point? I have two: one – to share the depth of profound despair, fear and hopelessness I am experiencing recently, watching what's going in this beautiful country of ours and around the world. And to also pose some questions so that we can step into the pool of light of our collective hearts, that endless pool of our collective humanity and perhaps reshape the dialogue...and maybe even our future?

My dear friends - I ask you... are we losing that sense of "oneness” as a nation? How about the sense of humanness in us? Have we already lost it? Have we ever truly had it?
I can tell you that I feel that I am losing it, that feeling of belonging here in America is escaping me. My scars of the “otherness” started to hurt when it rains. I think people's empathy and humanness have begun to atrophy and disappear. I think that amnesia is setting in and history is repeating... and I am terrified.

So, I ask you, now that you have recalled what it felt like to be the "other," why would you ever, through your direct and indirect actions, inflict it on anyone else?

This blog is about my life as I know it... as I know it in any given moment of writing a post. In this moment, on this ridiculously warm January evening, I ask you to think about these things I bring to your attention and to act in accordance with the depth of which your soul is capable of... because we are ONE. There are no “others.” It’s just us,  on one small blue planet.

This is a fabulous post - the human condition truly is that we are ONE on this small blue planet of ours. I hope thousands, no - millions of people read this and take it to heart!