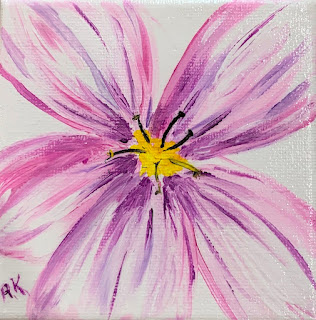 Here we go! Sharing some of my favorite quotes and notes of all the wisdom I gathered (or reminded myself of) in 2019. If you think this is a long list, I promise you, I painstakingly cut it down from many, many, many more pages! For example, I attended an amazing mindfulness conference in 2019 called "Wisdom 2.0" and those notes and quotes deserve a whole separate blog post...

“Nobody knows enough to be pessimistic.”
~ Daniel Goleman, “A Force for Good: The Dalai Lama's Vision for Our World”

“The end and means are one. If the means didn’t contribute to the human happiness neither will the end. The end result will carry the energy of what it took to get there.”

“You never experience the future as the future, you always experience it as the now. The future is no more than the extension of now.”

“Whatever you identify with is your ego.”

“Whatever you experience repeatedly externally reflects your inner life”

~ Eckhart Tolle, from his books and conversations with Oprah on SuperSoul Sundays

"May all your weeds be wildflowers."
~ Life is Good.®

~ Byron Katie with Oprah on SuperSoul Sunday show and podcast.

“The audacity of hope of rooted things.”


“Rational optimism” “Happiness is the joy you feel moving towards your full potential.”

~ David Brooks, in a conversation with Oprah on the SuperSoul Sunday show / podcast

“Self-control is the ability to align your behavior with what you want.“

~ Jeff Daniels on Broadway, playing Atticus Finch in the heart-wrenchingly poignant and timely “To Kill a Mockingbird”

“Comfort can be dangerous. It provides the floor but also a ceiling.”

“Then I realized that the police weren’t who they said they were. They were men first, police second.”

“Relationships are not sustained by violence but by love. Love is a creative act. When you love someone you create a new world for them.”

“Growing up in home of abuse, you struggle with the notion that you can love a person you hate or hate a person you love. It’s a strange feeling. You want to live in the world where someone is good or bad. Where you either hate them or love them. But that’s not how people are. “

About the beatings “they were sporadic enough so you would think they won’t happen again but frequent enough so you had never forgotten that they were possible.”

“Kids know at the very young age when they’re being devalued. When adults aren’t invested in after helping them learn. Their anger over it can manifest itself as Unruliness. It’s hardly their fault. They aren’t bad kids they’re just trying to survive bad circumstances.”

“My grandfather lived with a bitter residue of his own dashed dreams.”

“The need to situate someone in his or her ethnicity and the frustration that comes that it can’t easily be done.”

“A safe harbor of female wisdom.”

“Failure is a feeling long before it becomes an actual result. It’s vulnerability that breeds with self-doubt and then is escalated, often deliberately, by fear.”

About her mom: “Advice when she offered it was of the hard boiled and pragmatic variety.”

“Every move she made I realize now was buttressed by the quiet confidence that she raised us to be adults.” (About her mom’s parenting)

“I understand now that even a happy marriage can be a vexation, it is a contract that needs to be renewed again and again. Even quietly and privately. Even alone.”

About Barack Obama “He steered himself with certainty which I found to be astounding.”

“I craved permanence..[...] I wanted to grab every last thing I loved and stake it ruthlessly to the ground.”

“It hurts to live after someone has died. It just does. It can hurt to walk down the hallway or open a fridge. It hurts to put on a pair of socks or brush your teeth. Food tastes like nothing. Colors go flat. Music hurts and so do memories. You look at something you’d otherwise would find beautiful. A purple sky at sunset. Or playgrounds full of kids. And it only somehow deepens the loss.”

About her daughters “I didn’t want them ever to believe that life began when the man of the house arrived home.”

Speaking about her career as a woman “You’ve got to be twice is good to get half as far.”

Friendships between women as any woman would tell are built of a thousand small kindnesses [...] swapped back and forth and over again.

“Stop pushing against what is.”

— Dr. Jill Bolte Taylor, a Harvard-trained brain scientist, describes how a massive stroke gave her a second chance at life. “My stroke of insight”

“Your world has never stopped changing, and it never will. As you read this, everything you know and everything you are is dropping away, and away, and away, into the irretrievable past. Sometimes it’s fairly easy to ignore that, of course. You create a career, a relationship, a child, and you tell yourself things are as they should be, forever. It’s a lovely fantasy while it lasts, and it can be hard to let go when the illusion of stability inevitably ends.”

~ Martha Beck (author of “Finding your own North Star” and “The Joy Diet” and many others.)

"The ego wants to want more than that wants to have. And the shallow satisfaction of having is always replaced by more wanting."

"The past can not stop you from being present now. Only your grievance about the past can do that. What is a grievance? A baggage of old thought and emotion."

"There is nothing that strengthens the ego than being right. For you to be right, of course, you need for someone else to be wrong."

"Anything you resent and strongly react to in another is also in you."

“'I am ruined' is a story. 'I have 50 cents in my bank account' is a fact. Facing facts is always empowering."

"Awareness is the greatest agent for change."

"Mastery of life is not a question of control. But about finding the balance between human and being."

"There’s no such thing as lack of adversity. It doesn’t exist. As the old saying goes 'wherever you go there you are.' Same is true for adversity and failure. No matter where you go there’s a 500 pound load of sh-t waiting for you. That’s perfectly fine. The point isn’t getting away from the sh-t. The point is to find the sh-t you enjoy doing."

"If it feels like it’s you versus the world, chances are it’s just you versus yourself."


The more something threatens your identity, the more you will avoid doing it. For example, the prospect of becoming a well known artist nobody likes is far scarier than an artist no one has heard about.

“Our mind might be the most brilliant piece of machinery in the Universe. But it requires adult supervision. This means we have to assert what are the right things for us to do or not do. We have to battle thoughts that are un-useful or harmful or damaging to us.”

Posted by Rina Koshkina at 11:18 AM No comments: