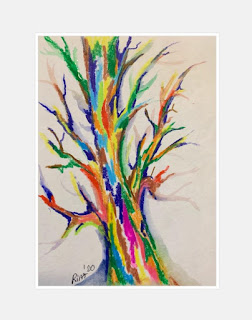 Just a sampling of some beautiful, thought-provoking quotes and notes, and gems of wisdom I gathered this year. Hope they inspire you.

“My father too shows me how it feels to be exquisitely seen.”

“She was used to seeing the world a place of deficit, and therefore Joy was foreign to her.”

“A gift wrapped in a criticism.”

“We may want others’ forgiveness, But that comes from a place of self-gratification. We are asking forgiveness of others to avoid the harder work of forgiving ourselves.”

~ Lori Gottlieb, “Maybe you should talk to someone”

“Emotion itself is not and happiness. Only emotion combined with the story is.”

“My secret is I don’t mind what happens.”

“To be in alignment with what is, is to be in a relationship of nonresistance with what happens.”

“Only if you resist what happens are you at the mercy of what happens and the world will determine your happiness or unhappiness.”

“Three modalities of consciousness (or awakened doing) are acceptance, enjoyment, and enthusiasm. Make sure that one of them operates when you’re doing anything at all, from the most simple task to the most complex.”

“There is blindness that comes with self-furthering agendas. That leaves us thinking we know, but actually we don’t know as much as we think”

“Surrender - willingness to participate in life’s dance with a quiet mind and open heart.”

“Adding nothing, subtracting nothing. Affirming that this is it”

“The power of mindful selfless generosity - at the deepest level there’s no giver, no gift, or the recipient. Only the universe rearranging itself.”

~ Jon Kabat Zinn, “Wherever you go, there you are.”

“The desire for safety stands against every great and noble enterprise.”

“The danger is that if we invest too much in developing AI and too little in developing human consciousness, the very sophisticated artificial intelligence of computers might only serve to empower the natural stupidity of humans.”

“We don’t have to intend to exclude for the results of our actions to be exclusion.”

“The way we’ve come to define racism makes it impossible for white people to understand it.”

“According to the ideology of individualism race is irrelevant.”

“A romanticized past is a strictly white construct.”

“2016 study found that half the medical students in the study believed that blacks felt less pain.” (Study: Racial bias in pain assessment and treatment recommendations, and false beliefs about biological differences between blacks and whites.)

”White equilibrium is a cocoon of racial comfort. Centrality, superiority, entitlement, racial apathy, obliviousness all rooted in the identity of being good people free of racism. Challenging this cocoon throws off our racial balance.”

“White fragility is the sociology of dominance”

“It would be revolutionary if we (white people) could receive and reflect on the feedback.”

~ Robin Diangelo, “White Fragility: Why It's So Hard for White People to Talk About Racism”

“To help other people we have to focus on them and not on our vision of how things should be.”

The concept of Hedonic Treadmill or Hedonic Adaptation.

Hedonic Adaptation means you get used to the good things in life and you adapt to them and they no longer bring you as much pleasure as they used to. We take things for granted.

“The sad fact about human experience is that the more we have something the less we appreciate it.”

“Healing is not fixing. It’s not going back to the way things were before the thing happened. Healing is the coming to terms with the actually of things as they are.”

The concept of Fundamental Attribution Error

”The fundamental attribution error (also known as correspondence bias or over-attribution effect) is the tendency for people to over-emphasize dispositional, or personality-based explanations for behaviors observed in others while under-emphasizing situational explanations.

In other words, people have a cognitive bias to assume that a person's actions depend on what "kind" of person that person is rather than on the social and environmental forces that influence the person.”

“This is what it means to be human. We’re all just canvases for our scars.”

“There’s so much art in the ordinary it could leave you in tears.”

“Each of us is in a container of some kind. The label signals to the world what is presumed to be inside and what is to be done with it. The label tells you which shelf your container supposedly belongs on. In a caste system, the label is frequently out of sync with the contents, mistakenly put on the wrong shelf and this hurt people and institutions in ways we may not always know.”

“The price of privilege is the moral duty to act when one sees another person treated unfairly. And the least that a person in the dominant caste can do is not make the pain any worse.”

“We are responsible for our own ignorance or, with time and openhearted enlightenment, our own wisdom.”

~ Isabel Wilkerson, “Caste: The Origins of Our Discontents”

“The terrifying power of caring deeply and being cared for deeply.”

“There was a net of love to break her fall.”

“Every life contains many millions of decisions. Some big, some small. But every time any decision is taken over by another the outcomes differ. An irreversible variation occurs which in turn leads to further variations.”

“It’s not what you look at that matters, it’s what you see.”

“What sometimes feels like a trap it’s just a trick of the mind.”

“The impossible, I suppose, happens via living”

“You don’t have to understand life. You just have to live it.”

“There’s really nothing more to say except the Why. But since why is difficult to handle, one must take refuge in how.”

“Love is never any better than the lover. Wicked people love wickedly, violent people love violently, weak people love weakly, stupid people love stupidly, but the love of a free man is never safe. There is no gift for the beloved. The lover alone possesses his gift of love. The loved one is shorn, neutralized, frozen in the glare of the lover’s inward eye.”

“Lonely was much better than alone.”

“Anger is better. There is a sense of being in anger. A reality and presence. An awareness of worth. It is a lovely surging.”

“How to stop time: kiss. How to travel in time: read. How to escape time: music. How to feel time: write. How to release time: breathe.”

“Wherever you are, at any moment, try and find something beautiful. A face, a line out of a poem, the clouds out of a window, some graffiti, a wind farm. Beauty cleans the mind.”

“There is no standard normal. Normal is subjective. There are seven billion versions of normal on this planet.”

“To other people, it sometimes seems like nothing at all. You are walking around with your head on fire and no one can see the flames.”

“You will one day experience joy that matches this pain. You will cry euphoric tears at the Beach Boys, you will stare down at a baby’s face as she lies asleep in your lap, you will make great friends, you will eat delicious foods you haven’t tried yet, you will be able to look at a view from a high place and not assess the likelihood of dying from falling. There are books you haven’t read yet that will enrich you, films you will watch while eating extra-large buckets of popcorn, and you will dance and laugh and have sex and go for runs by the river and have late-night conversations and laugh until it hurts. Life is waiting for you. You might be stuck here for a while, but the world isn’t going anywhere. Hang on in there if you can. Life is always worth it.”

“Enthusiasm makes up for a host of deficiencies.”

“Perhaps most troubling of all, our democracy seems to be teetering on the brink of crisis—a crisis rooted in a fundamental contest between two opposing visions of what America is and what it should be; a crisis that has left the body politic divided, angry, and mistrustful, and has allowed for an ongoing breach of institutional norms, procedural safeguards, and the adherence to basic facts that both Republicans and Democrats once took for granted.”

“To be known. To be heard. To have one’s unique identity recognized and seen as worthy. It was a universal human desire, I thought, as true for nations and peoples as it was for individuals.”

The concept called “Unconditional Positive Regard”

“Unconditional positive regard is a term used by humanist psychologist Carl Rogers to describe a technique used in his non-directive, client-centered therapy. According to Rogers, unconditional positive regard involves showing complete support and acceptance of a person no matter what that person says or does. The therapist accepts and supports the client, no matter what they say or do, placing no conditions on this acceptance. That means the therapist supports the client, whether they are expressing "good" behaviors and emotions or "bad" ones.”

Posted by Rina Koshkina at 11:55 AM No comments: